Polyaxon is structured as a modern, decoupled, micro-service oriented architecture.

These components work together to make every Polyaxon deployment function smoothly, but because they’re decoupled there’s plenty of room for customization.

In fact, users can decide for example to deploy only the core and using an external tracking service, or replace the built-in scheduler, pipeline, and optimization engine with other platforms.

How things fit together 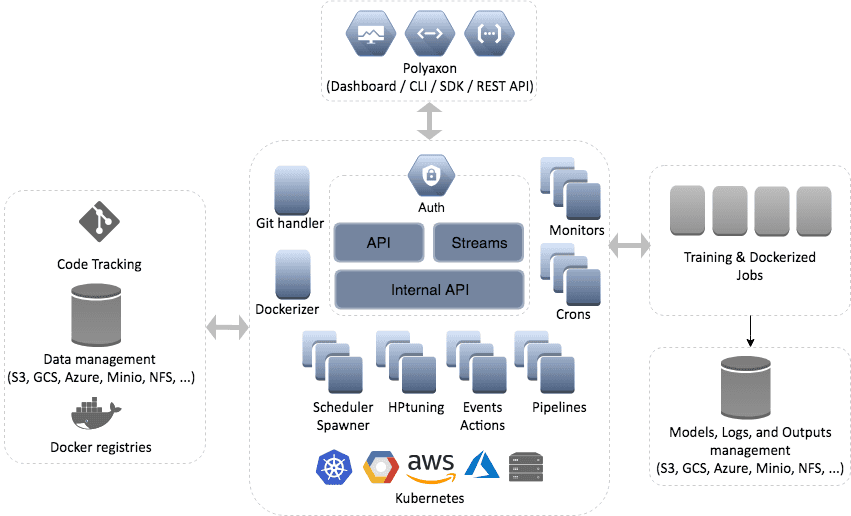 Polyaxon schedules your workload to Kubernetes, so you will need: 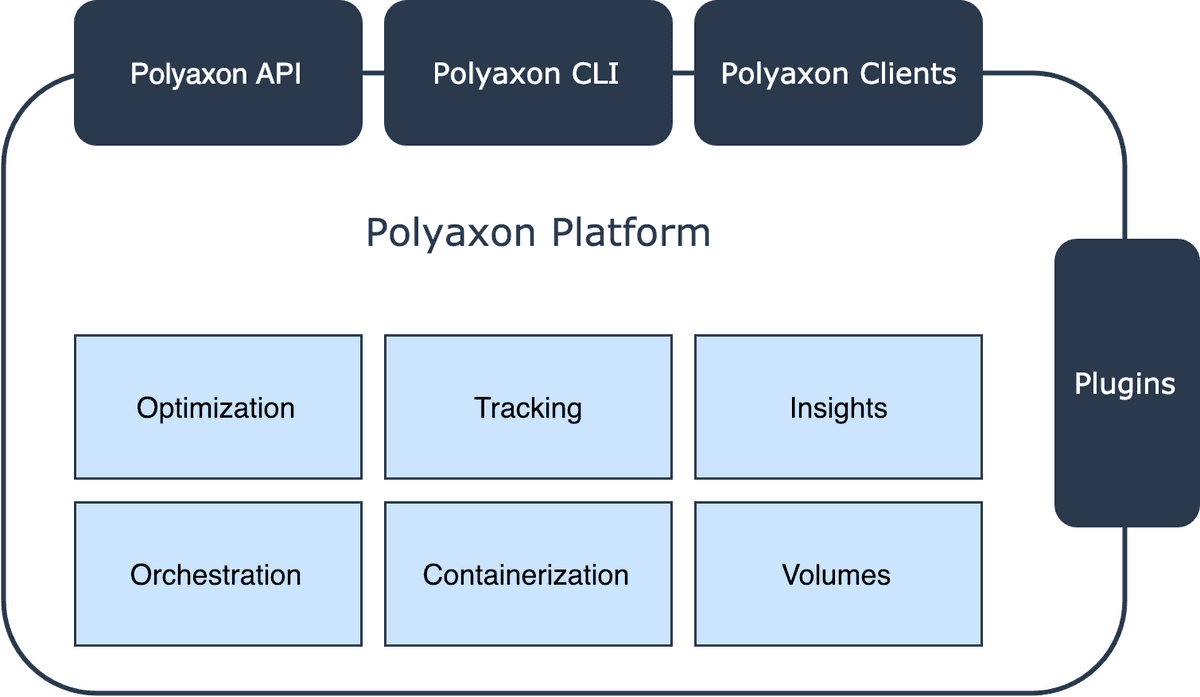 Polyaxon runs both in the cloud and on-premise, and provides access via:

These interfaces hide the powerful abstractions provided by the Polyaxon architecture. When a machine learning engineer or a data scientist schedules a job or an experiment, Polyaxon relies on Kubernetes for:

Polyaxon does the heavy lifting of: