In the first quick start tutorial, we created a single run and started Tensorboard service to visualize the outputs.

In this tutorial we will explore a couple more options to start Tensorboard services for single experiments.

To start a Tensorboard for a specific run:

This component version will download the outputs and prepare them for a Tensorboard service, usually this version is useful for finished experiments.

When an experiment is still running the previous command is not very useful because it only loads the latest snapshot of the experiment’s outputs.

Note: This component version will not work with Azure or other artifacts store backend, because Tensorboard does not load the outputs natively from those services.

Start Tensorboard from the UI

If you are using Polyaxon Cloud or Polyaxon EE, you can perform the same actions using the UI. Polyaxon tracks runs that have Tensorboard as one of their artifacts and shows a button to start or resume a Tensorboard service for those runs. 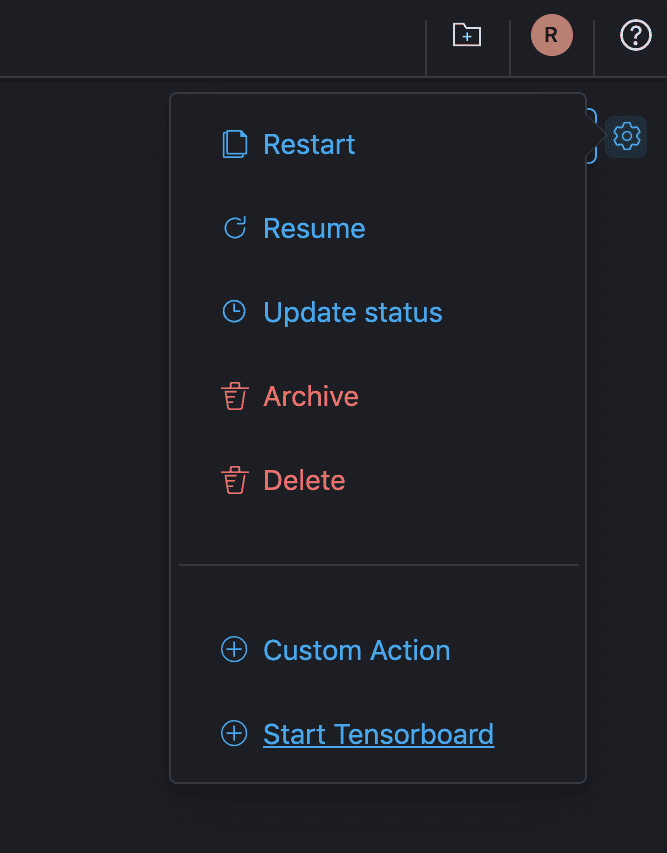 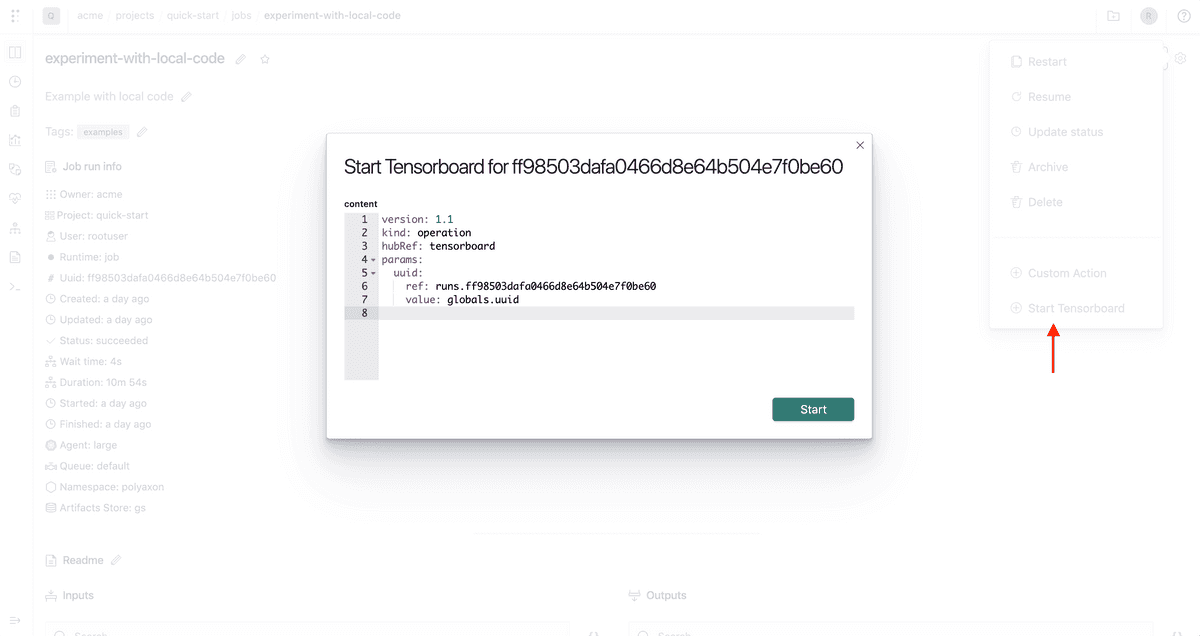 Shortcut to the Tensorboard: 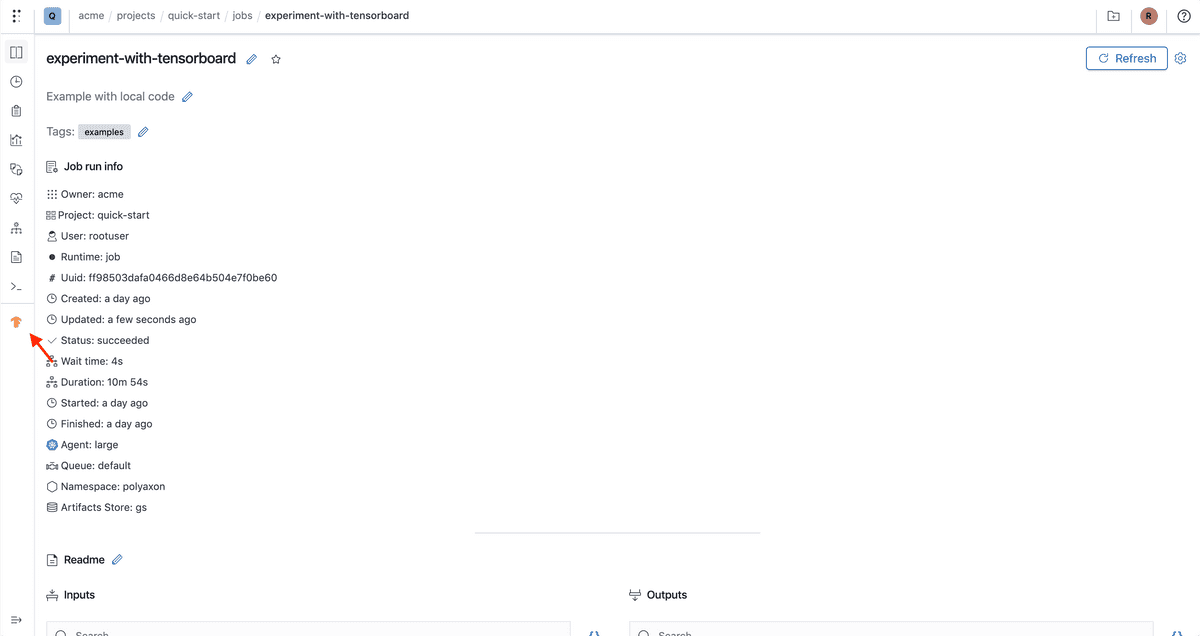