CoreManaging and exposing a catalog of machines

Managing and exposing a catalog of machines

This is part of our commercial offering.

By combining Queues and Presets, users can expose their cluster(s) as an organized and easy-to-use catalog of machines or environments.

Note: In this guide we will use the terms environments, machines, and instances interchangeably to refer to the same concept.

Presets provide the abstraction to combine these notions into a simple reference. Let’s look again at the example where we would like to expose a large instance machine to the end-users, but only allow running two instances at the same time.

We first need to create a queue on the agent where we would like to expose the GPU instances. please see the queues management section. After creating the queue, we can include it in the preset definition. 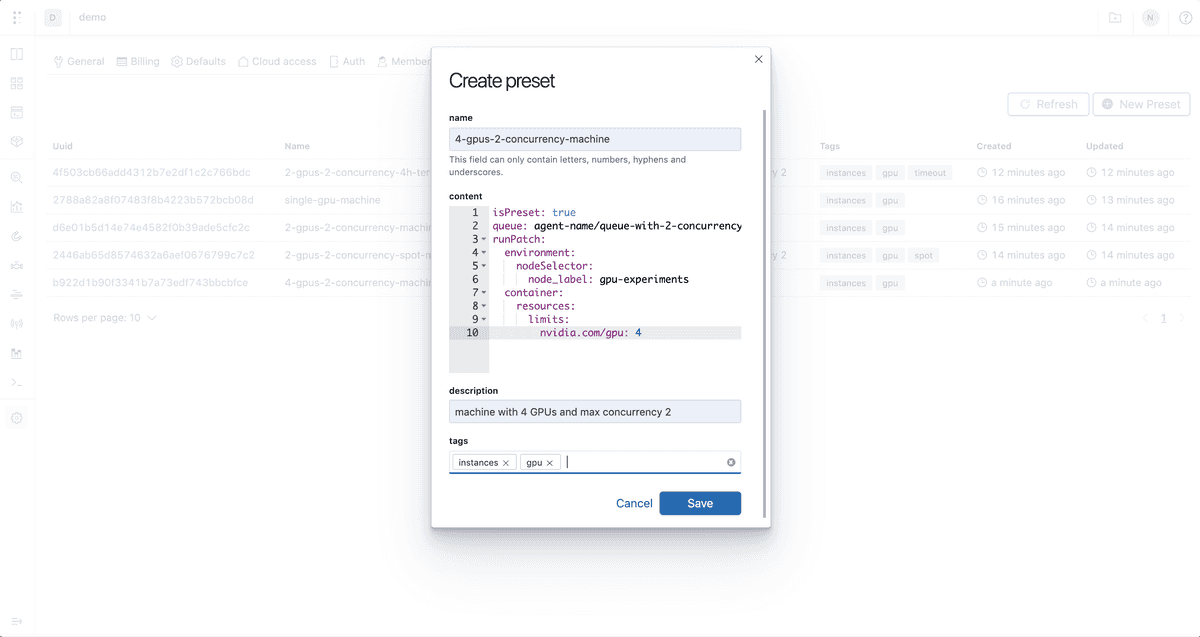 By saving this preset as 4-gpus-2-concurrency-machine. Users can now queue runs to use the large instance environment and only allow 2 concurrent operations at any given time:

You can also use the preset directly on the component or operation definition:

By using your presets you can create a catalog of machines or environments with resources requests, priority and concurrency limits.

Best practices for creating a catalog of environments 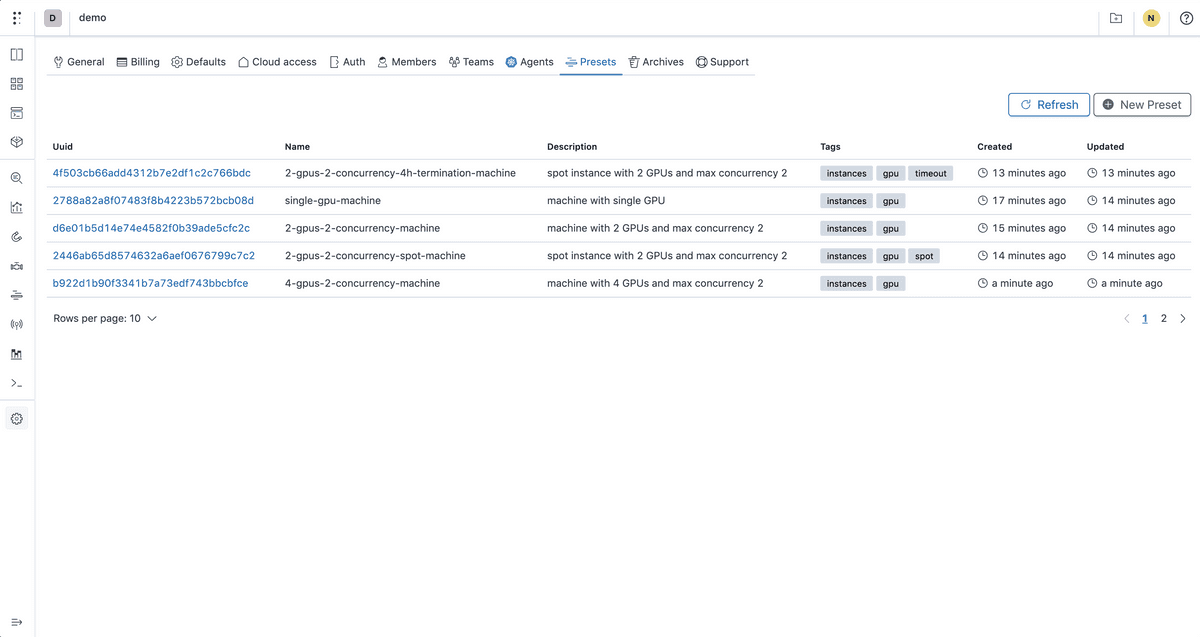 To create a new preset, you should go under organization > settings > presets:

The preset definition can include several information, and you can use the same definition several times in different presets instances.

Data scientists and ML engineer who do not have owner or manager cannot create or edit presets, they only have access to a catalog of machines to use: 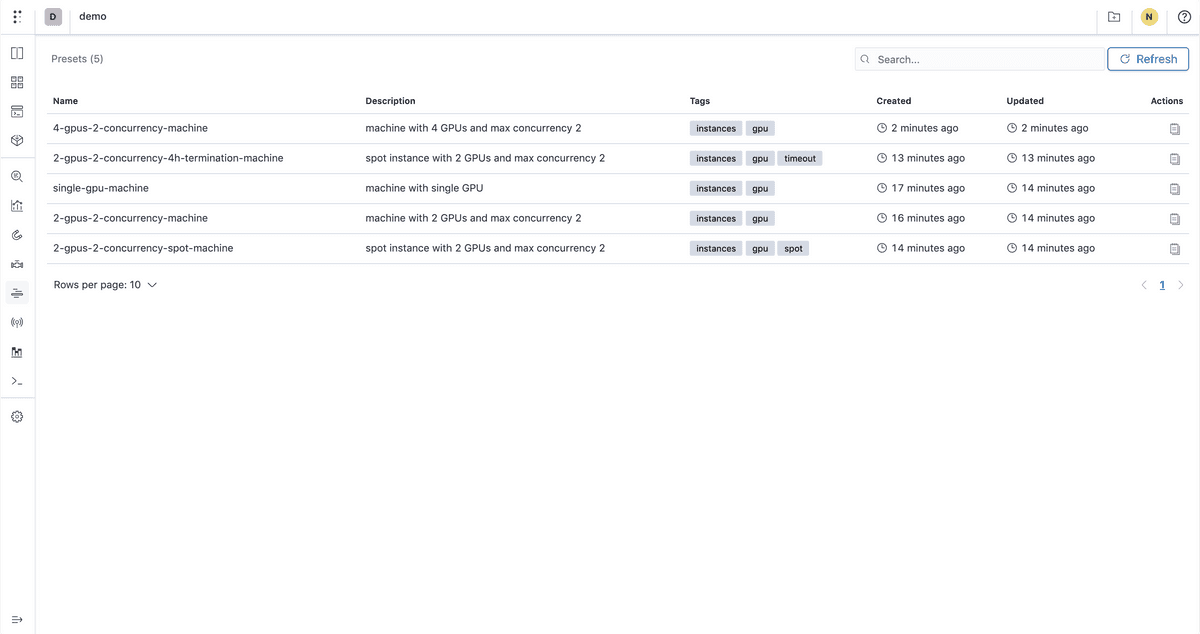 Based on tags and description they can see the definition how to use the preset:

In some use case project admin might need to configure a default machine/instance/environment to use for a specific project, or to predefine a scheduling preset to be used by default when running operations in the context of a specific project.

Polyaxon provides a configuration under the project’s settings to configure the default preset: 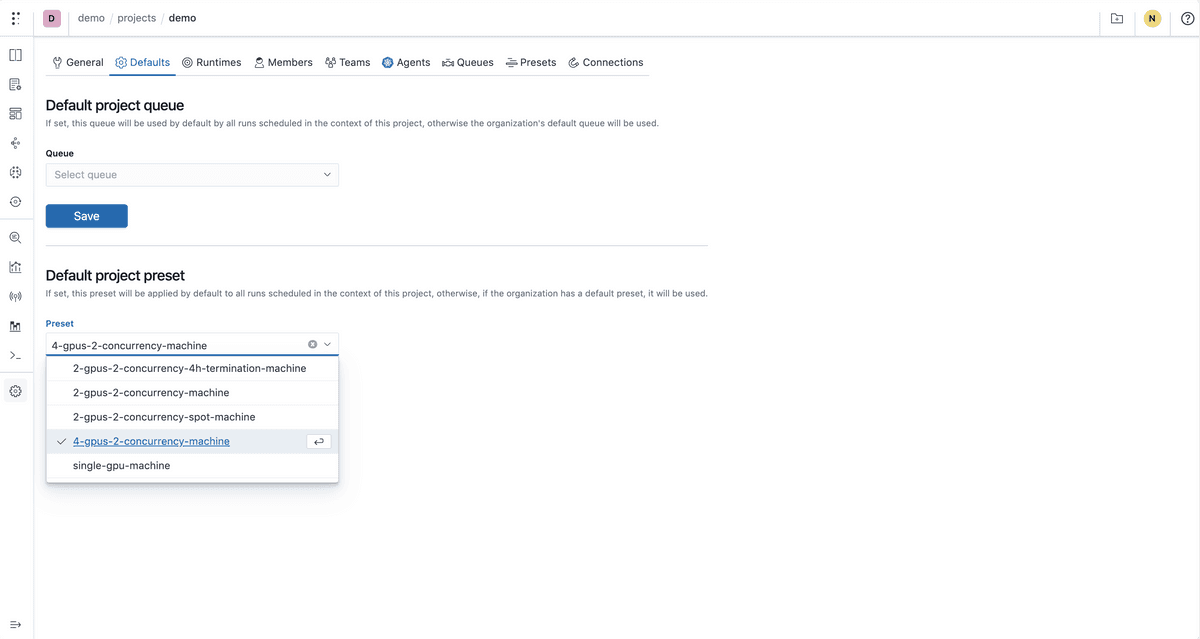 Sometimes it’s useful to restrict the instances that users can reference in their component/operation specification to use in the context of a specific project.

Polyaxon provides a configuration under the project’s settings to configure the accessible presets: 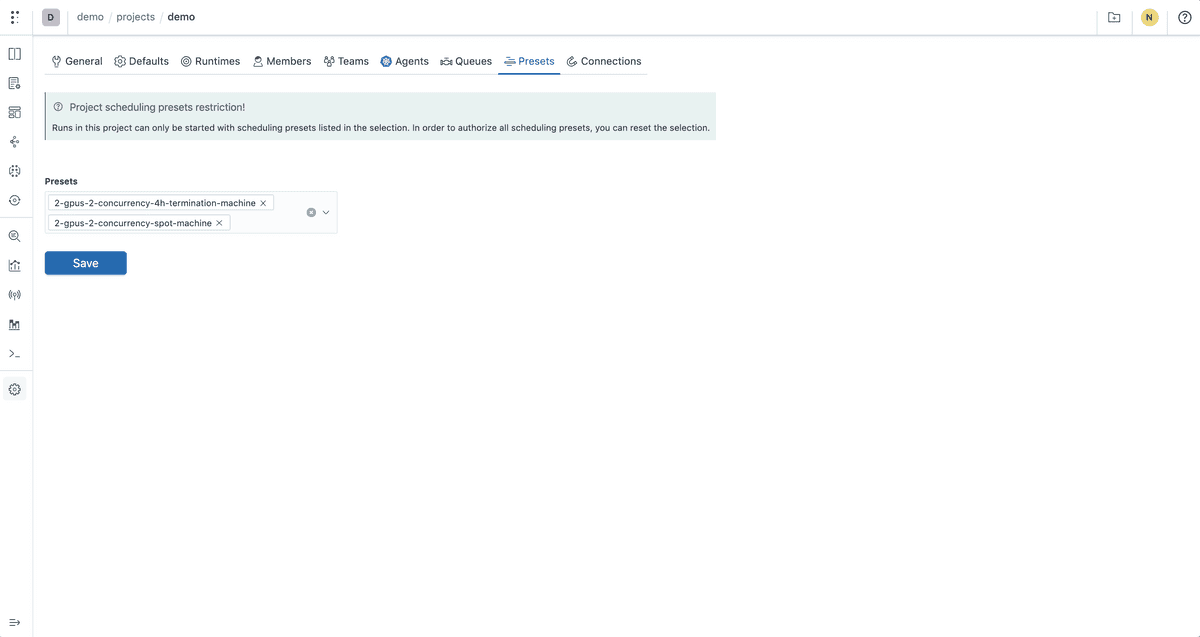